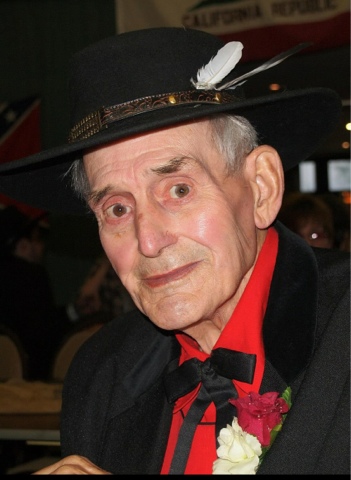 My mum married Mr William (Bill) Roberts in the May of 1988, It would have been their silver anniversary in may this year (2013). He always said I was the daughter he never had.

When dad married my mum I inherited two step brothers. Although not very close, due to distance and busy lifestyles, we are always there for each other when it matters most.

Dad was a ambulance driver for South Wales Ambulance Service here in the UK for 20yrs and that is how mam met dad.

Before that dad had quite a bit of an experienced and exquisite life. Dad was in the army, the South Wales borderers and dabbled in many different professions and jobs before finally joining the Ambulance service. Mam & Dad were avid Country & Western fans, and attended quite a few clubs and venues with their fellow Country & Western Friends. Dad had lots of memorabilia and his favorite outfits were his Mexican & Gamblers outfits.

Dad has been ill for a while now, it has been quite traumatic for us all including him. But unknown to us the cause of dad's death was totally unrelated to his problematic medical conditions. We found out after many further tests two weeks ago that dad had cancer.

Thankfully dad wasn't in pain that we know of, and towards the end he was unaware of his surroundings. Dad died at 8.15am Tuesday 09/04/2013.

May a very special man rest peacefully where he can now be reunited with his mum & dad in the afterlife.

Rest in peace my dear father. You will be missed so much.